The Electoral Assembly of the United Trade Union of Education and Science in Kosovo (SBAShK) was held at the University "Fehmi Agani" in Gjakova.

This meeting was attended by members of the academic and administrative staff of the university, as well as Mr. Bardh Bardhi with associates from the United Trade Union of Education and Science in Kosovo (SBAShK).

The proceedings of the assembly were opened by Mr. Denis Spahija, chairman of SBAShK in UFAGj, who after greeting the participants, presented the agenda that was approved by all members. According to the agenda, the chairman of the meeting, Mr. Spahija presented the work report as well as the financial report.

Virtually, the Assembly was greeted by the newly elected President Mr. Abedin Sadrija, who thanked the members for the trust given. Also, Mr. Bardh Bardhi from SBAShK thanked everyone for their cooperation. 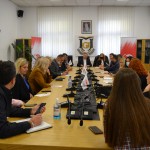 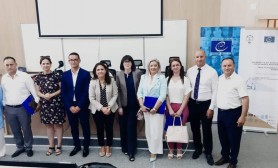 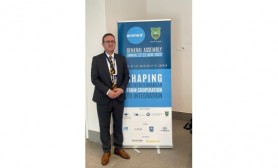